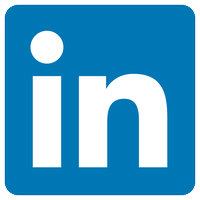 Chairman of the Board, OraSure Technologies, Inc.
Chief Financial Officer, The Columbus Group Mara G. Aspinall became a member of the Board in June 2017 and serves on the Audit Committee and the Compensation Committee. Since 2014, she has served as the President and Chief Executive Officer of Health Catalysts Group, a consulting firm that focuses on growth of early stage life science and technology companies. Ms. Aspinall is also Managing Director of BlueStone Venture Partners, a venture capital firm dedicated to investing in life sciences and healthcare related companies. Prior to these positions, Ms. Aspinall served as President and CEO, Global Head of Roche Tissue Diagnostics/Ventana Medical Systems, a division of The Roche Group that provides tissue-based cancer diagnostic instruments, products and services. Prior to that, she founded and served as CEO and Director of On-Q-ity, Inc., a diagnostic research company focused on improving cancer treatment through the capture of circulating tumor cells in a patient’s blood. Ms. Aspinall also spent 12 years with Genzyme Corporation, serving as President of the Genzyme Genetics division, a leading provider of esoteric and genetic tests for the reproductive, oncology and personalized medicine markets, and as President of the Genzyme Pharmaceuticals division, a custom pharmaceutical intermediates provider. Ms. Aspinall began her career as a management consultant with Bain & Company. Ms. Aspinall holds an M.B.A from Harvard Business School and a B.A. in International Relations from Tufts University.

James Datin became a member of the Board in August 2019 and serves on the Audit Committee and the Compensation Committee. Mr. Datin is currently President & Chief Executive Officer of BioAgilytix, a leading global bioanalytical contract research organization (CRO) that supports the development of novel therapeutic biologics. Prior to BioAgilytix, Mr. Datin was EVP and Managing Director at Safeguard Scientifics, Inc. (NYSE: SFE), a company focused on providing capital and advice to technology-driven businesses in healthcare, financial services and digital media. Mr. Datin has also served as CEO of Touchpoint Solutions, a software solutions provider; Group President of Dendrite International; Group Director, Corporate Business Strategy and Planning at GlaxoSmithKline; CEO of publicly traded Isuta Holdings Berhad; and Director, International Business at Baxter/Merck KGaA. Mr. Datin previously served on the Boards of Directors of Clarient (NASDAQ: CLRT), NuPathe Inc. (NASDAQ: PATH), the University City Science Center (Philadelphia) and Laurate Pharma. Mr. Datin earned a B.B.A. at Marshall University, an M.B.A. at the University of New Haven and an Advanced Management Degree at The Wharton School at The University of Pennsylvania. Eamonn P. Hobbs became a member of the Board in March 2016 and serves as the Chairman of Nominating and Corporate Governance Committee and as a member of the Compensation Committee. Mr. Hobbs serves as President of Hobbs Medical Ventures, LLC, a consulting company he founded in the healthcare field. In March 2018, he co-founded ImmunSYS, Inc. a company that is developing a new immunotherapy for late stage metastatic prostate cancer, and has since served as its Chairman of the Board and CEO. From December 2016 to June 2017, Mr. Hobbs served as President and CEO of Digital Cognition Technologies, Inc., an early stage medical device company. From July 2014 to January 2016, Mr. Hobbs served as the President and Chief Executive Officer of Antares Pharma, Inc., a specialty pharmaceutical company focused on self-injection pharmaceutical products and technologies. He also served on the Antares board of directors from 2009 to 2016. From 2009 to 2013, Mr. Hobbs served as President and Chief Executive Officer, and from 2008 to 2013 was a member of the board of directors, of Delcath Systems, Inc., a specialty pharmaceutical and medical device public company specializing in cancer treatment. Prior to Delcath Systems, Inc., Mr. Hobbs served as President and Chief Executive Officer of AngioDynamics, Inc., a company he co-founded in 1988 as a division of E-Z-EM, Inc. which grew into a leading medical technology public company with a highly diverse product line. From 1988 to 2004, Mr. Hobbs also served as Executive Vice President of Business Development of E-Z-EM, Inc., a NASDAQ-traded company. Before joining AngioDynamics, Mr. Hobbs was Director of Marketing and Product Development at NAMIC; founder, President and Chief Executive Officer of Hobbs Medical, Inc.; and a Product Development Engineer at Cook Incorporated. Mr. Hobbs received a B.S. in Plastics Engineering with a Biomaterials emphasis at the University of Massachusetts (Lowell). Mr. Hobbs has served on the Board of Directors of the Medical Device Manufacturers Association since 2009. Ronny B. Lancaster became a member of the Board in May 2003 and serves as the Chairman of the Compensation Committee and is a member of the Nominating and Corporate Governance Committee. From September 2005 to December 2018, Mr. Lancaster served as Senior Vice President, Federal Government Relations of Assurant, Inc., a provider of specialty insurance and insurance-related products and services. Prior to that, Mr. Lancaster served as Chief Operating Officer of the Morehouse School of Medicine, Executive Assistant to the Secretary and Principal Deputy Assistant Secretary for Planning and Evaluation at the U.S. Department of Health and Human Services, General Counsel of Hamilton Enterprises, Inc., Senior Washington Representative for Blue Cross/Blue Shield Association, and Chief of the Division of Fee-For-Service Plans at the U.S. Office of Personnel Management. Mr. Lancaster received a B.A. in Economics from the Catholic University of America, an M.B.A. from the Wharton School of the University of Pennsylvania, and a J.D. from The Georgetown University Law Center. He is admitted to the Bars of Pennsylvania and the District of Columbia. 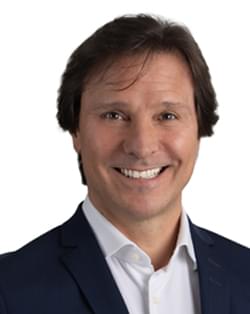 Lelio Marmora became a member of the board in June 2020 and serves on the Audit Committee and Nominating and Corporate Governance Committee. Mr. Marmora has held substantial roles managing global health and modernization of large-scale state investments in complex political environments. He has also played senior strategic, operational and resource mobilization roles at headquarters levels in a range of international agencies. He is the former Executive Director of Unitaid in Geneva, Switzerland, from 2014 to 2020, overseeing a portfolio of $1.5 billion in 100 countries. During his tenure, Unitaid tripled its portfolio, becoming one of the leading Global Health innovation initiatives. Prior to Unitaid, Mr. Marmora was Director for Africa and the Middle East at the Global Fund to Fight AIDS, TB and Malaria, overseeing a $4 billion portfolio. He also served as head of the Fund’s Latin America and the Caribbean Department. Earlier in his career, Mr. Marmora served in various capacities at a range of international organizations, including the World Bank, the Inter- American Development Bank and the United Nations Development Program, managing modernization of the State programs. Mr. Marmora graduated from the Université Panthéon-Assas (Paris II) with a Master’s degree in International Law and Administration of International Organizations. Stephen S. Tang, Ph.D., became a member of the Board in April 2011 and served as the Company’s Chairman until he became the Company’s President and CEO in April 2018. From January 2008 to March 2018, Dr. Tang served as President and Chief Executive Officer of the University City Science Center, an urban research park and business incubator owned by over thirty leading universities, medical schools and health networks in the greater Philadelphia, Pennsylvania area. Prior to his tenure at the University City Science Center, Dr. Tang held senior management and business development positions with several firms in the life sciences industry, including Olympus America, Inc., Millennium Cell Inc. and A.T. Kearney Inc. Dr. Tang holds a B.S. degree in Chemistry from The College of William and Mary, an M.S. and Ph.D. in Chemical Engineering from Lehigh University and an M.B.A. from The Wharton School of Business at the University of Pennsylvania.